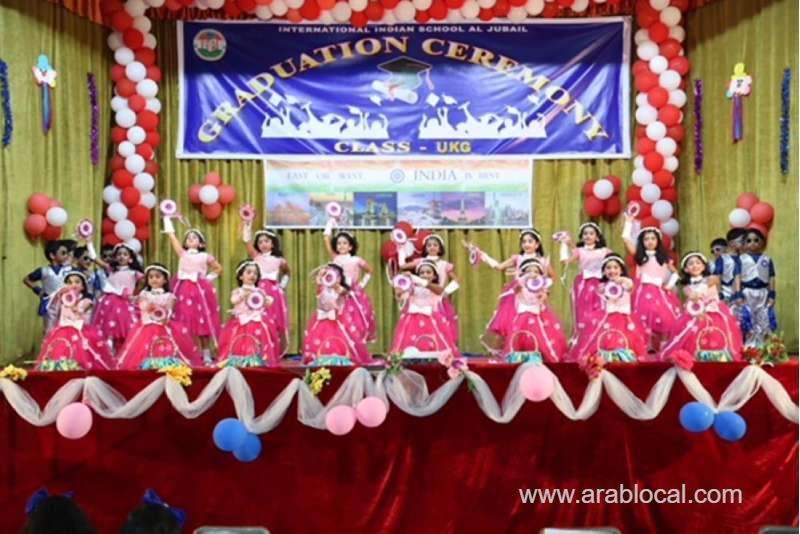 The Kindergarten Section of IIS Jubail celebrated Graduation Day for the students of UKG recently. The ceremony was anchored by the tiny tots and was graced by the school chairman, members of the Managing Committee, Principal Dr. Syed Hameed and other dignitaries. Mark Brown, the World Champion of Public Speaking, also attended the function as a special guest.

The Jubail Kindergarten section of IISJ apart from preparing the little ones for their formal education, sees to that their hidden talents are brought out with a series of extra-curricular activities, which also helps in building up confidence and developing their personality.

Under the guidance of Mrs. Nayyer Fatima, her team members worked hard to turn it into a memorable day. The students gave out an astounding performance and took the event to the next level. A slide-show was presented, depicting the activities of the little graduates in the academic year 2017-18. The graduation certificates were distributed to all the students by eminent guests. The students and staff of Kindergarten Section expressed their sincere gratitude to the principal, chairman and the managing committee for their encouragement.

The students also presented a cultural show depicting various aspects of Indian culture, its unity and diversity. The tiny graduates also exhibited the richness of their host country — Saudi Arabia and its cultural heritage.

Syed Hameed, the school principal who is also a prominent educationist, adopts unique methodology to generate awareness among the young students and inculcate yearning for knowledge. “Of course formal education is part and parcel of our routine education system, but we at Jubail school make a shift from formal methodology to informal system which generates interest among students and prepare them to climb the new heights of education,” the principal told Saudi Gazette.

The school puts greater emphasis on internal and external communication and is now evolving a new system to develop interest among students in the field of print and electronic media. 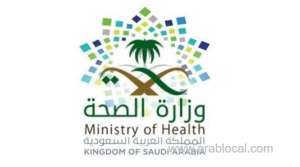