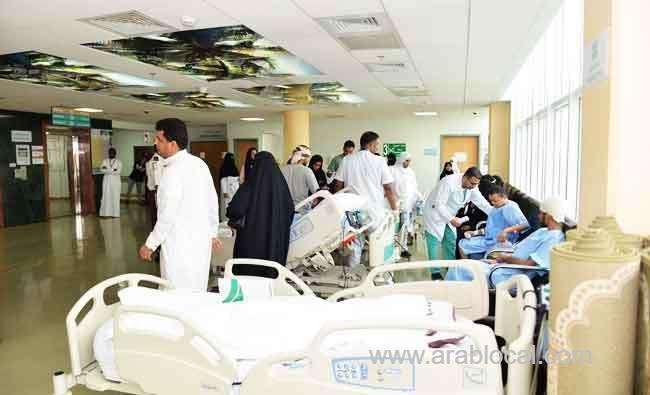 Saudi Arabia will need an extra 5,000 hospital beds by 2020 and 20,000 more by 2035 to meet the requirements of its growing population. The requirement to expand the health care facilities of the Kingdom is already listed as one of the key sectors under the Saudi Vision 2030 plan.
“In fact, Saudi Arabia’s growing population, coupled with good health care infrastructure and facilities, will help to encourage the private sector to invest in the Kingdom’s health sector in the coming years,” according to a study conducted by a consultancy firm Oxford Economics. The study said that Saudi Arabia has the largest population of the six countries of the Gulf Cooperation Council. According to the Kingdom’s General Authority for Statistics, its population currently stands at 32.5 million.
The forecast argued that the age profile of Saudis is set to change over 18 years, in the period from 2017 to 2035. “Currently, 70 percent of the population is under 40, but by 2035 the number of 40 to 59-year-olds is set to multiply by 1.5 times and the number of over-60s is set for a threefold increase,” said the study, creating the need for expanding the health infrastructure.

By 2035, the study estimates that 44 percent of the population will be over 40, and 14 percent will be over 60. The study said that the penetration rate of health care provision in Saudi Arabia is below the global average. “If you look at the number of hospital beds per 1,000 population, this ratio is lower than the global average,” said the study. The global average was 2.7 hospital beds per 1,000, while Saudi Arabia’s average stands at 2.2 beds.
The study further reveals that Saudi Arabia had a gap of 14,000 hospital beds in 2016. It expects this gap to increase to 40,000 by 2035 if the sector does not expand to match demand growth. The study also cited the implementation of the mandatory health insurance program (MHI) as one of the key drivers for the growth of the health care sector. It said that the program had led to a unified private health insurance system with currently 27 insurance companies providing cover for more than 11 million beneficiaries.
Dr. Hamdan Al-Arify, a faculty member and researcher working at King Saud University, said: “The financial requirements in the health care sector will grow consistently in the coming years.” He said the Kingdom will require investments to the tune of SR250 billion ($66.66 billion) in the health sector alone by 2030. He pointed out that “the Ministry of Health currently manages 279 hospitals across the Kingdom.”
“These hospitals receive more than 16 million patients in clinics annually,” said Al-Arify, referring to the growing private investment in the health sector.