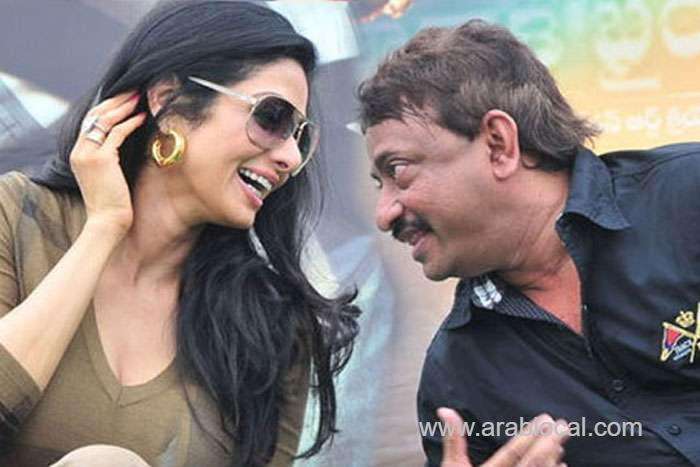 Yes, she was the most desirable woman and the biggest super star of the country and ruled as a main heroine in the entire country for more than 20 years..

But that’s just a part of the story

However shocked and sad I feel about Sridevi's death, it’s finally once again a rude reminder for all of us about how unpredictable, cruel,fragile and mysterious both life and death are

After her death ,there is definitely much more for me to say than what most people are saying now about how beautiful she was, what a great actress she was, how her death affected them, " RIP"s "Om shanthi" s. etc etc etc

Sridevi's life is a classic case of how each person's actual life is completely different from how the rest of the outside world perceives it.

From outside everything looked so enviable and desirable...

I know her life from the time I met her first for my film kshanakshanam .

I saw with my own eyes how her life was like a bird in the sky till her father’s death and then became like a bird in a cage due to her overprotective mother.

In those days actors used to be only paid in mostly black money and due to fear of tax raids her father used to trust friends and relatives who all betrayed her the moment the father died.

Coupled with this, the ignorant mother made many wrong investments in litigated properties and all those mistakes combined made her penniless by the time Boney came into her life.

After her mother became a psychotic patient because of a wrong surgery on her brain in USA, though Boney sued the hospital, they didn't get any huge amounts of money in settlement because of some agreement mistakes he did with the lawyers there.

Once the mother died, her younger sister Shri Latha eloped and got married to their neighbours son ..

The mother before dying put all properties in Sridevi's name.. but her sister put a case on her demanding half the property.

Claiming that her mother was insane and not in her senses when she signed the will due to the brain surgery.

Boney ‘s mother portrayed her as a home breaker - and publicly punched her in the stomach - in a five star hotel lobby... in revenge for what she presumed - about what she did to Boney’s first wife - Mona.

Except for the short glimmer of (the movie) English -V, Sridevi has been, pretty much, a very unhappy woman.

Boney’s debts , the uncertainty of the future, the ugly turns and twists in her private life - left deep scars in the super stars sensitive mind.

And thereafter - she was never at peace.

She went through so much in her life - and due to her early career entry, life never gave her time to grow up at a normal pace.

More than the external peace, her internal mental state was of a high degree of concern.

And this caused her to look at her own self.

She was the most beautiful woman for so many people. But did she think she was beautiful ?

Yes, but every actresses nightmare is age - and she was no exception.

For years she was doing cosmetic surgeries - the effects of which can be clearly seen In her interviews and public appearances,

She always came across as very shy, insecure and low on confidence .

Some one who was very uptight, - who built a psychological wall around herself - as she was scared...

Of anybody (getting) to see what was really going on within her.

She was panicky about anybody knowing what her psychological insecurities were.

Not because of her fault, but because she was thrust into fame from a very young age.

Something that never gave her a chance to be independent.

Or be what she could really be and really wanted to be.

She had to put on make-up - and be somebody else... not just in front of the cameras, but also behind the camera.

Though I, as audience, thoroughly enjoyed her on the screen , I now wish, after knowing her as a person, - that she should have been allowed to be a star.. even in her normal life.

Instead of being constantly directed by her parents,her relatives, her husband and to an extent even her own daughters ..

She was scared whether her daughters would be accepted, or whether they would go the Hema Malini’s daughter Esha Deol way...

I could see in her eyes the pain she was going through deep inside her.

And that’s because she was actually a child trapped in a woman’s body ..!

She was naiive as a person, ..- but suspicious - because of her bitter experiences.

Which is not a very good combination .

She used to convey to me so much, through her silences, than most would ..in their best conversations !

Coming to her death, it is most likely a combination of heart stroke induced accidental drowning death in the tub .

Many suicides and accidental deaths happen after big parties or weddings.

That's because people with depression and insecurities can't understand why the whole world is so happy and enjoying (itself)..

While they, themselves, are not able to feel the happiness - in spite of all the glitter and spotlight.

That reminds them that they are deeply sad - and that there is nothing wrong with the world.

And - that the fault is just with them - that they are not able to feel anything !

Some people who are very deeply depressed commit suicide.

Others, just to control their depression and anxiety, take extra pills, not knowing that it can be dangerous - in certain doses and conditions

Keeping speculation on her death aside - and coming back to the point of her life, I generally don't say " Rest In Peace" after people die..

But in her case - I want to really say it ...because I very strongly believe that she would finally, now, .really rest in peace - for the first time in her life !

Or shall I say death ?