Placement Of Cones In Public Streets In Front Of A Residence Will Result In A SR3000 Fine
Category: Saudi Arabia 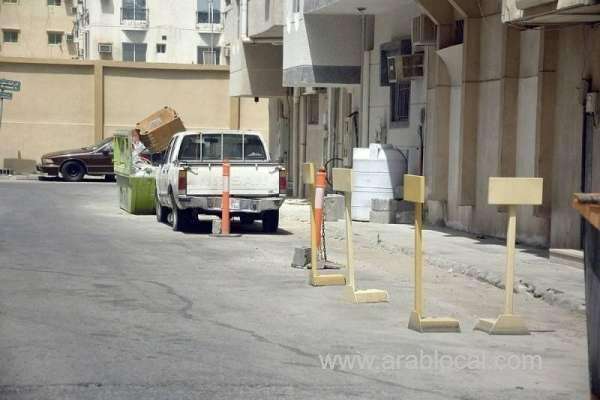 Those who put up cones or barriers in front of their residential buildings will be fined SR3000, the Jeddah Mayoralty announced.

According to Muhammad Al-Baqami, spokesman for the mayoralty, house owners have no right to close off the street adjacent to their building to prevent parking, since the right to use the street is a public right.

According to Al-Baqami, 3/39 of the table of municipal violations and penalties will be applied against the violators in this regard. In the article, any violation of the regulations of roads and streets for which no specific penalty has been prescribed will be fined SR3000. In addition to paying a fine, the violation must be rectified by removing the barriers that have been erected," he added.

Saif Al-Hakami, a legal consultant, told Okaz/Saudi Gazette that the landlord owns the property within the limits of its title deed, which determines its length and area.

Many people believe that the parking lot in front of their house belongs to them, but these are considered public utilities, and those without parking may use the space until the parking lot is recorded in the title deed." Consequently, it will be the property of the building owner and not a public street," he said.