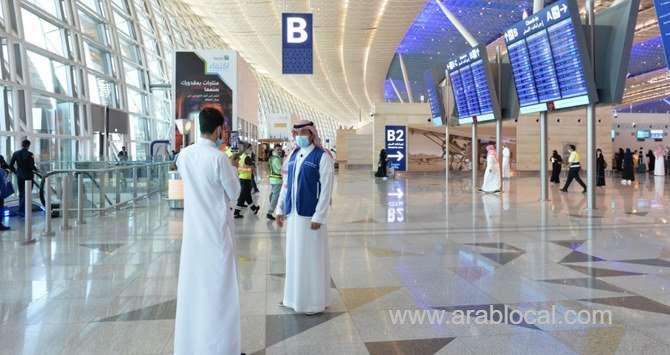 Police in Saudi Arabia have arrested 21 people for violating quarantine regulations while infected with the coronavirus disease (COVID-19). Thirteen were taken into custody in Madinah region and eight in Al-Baha region. They included people who had arrived from abroad.

Lt. Col. Hussein Al-Qahtani, a spokesman for Madinah police, confirmed the arrests in the region. The cases will be referred to the Public Prosecution. The penalties for ignoring regulations designed to prevent the spread of the virus include fines of up to SR200,000 ($53,330) and up to two years in prison. The punishments can be doubled for those who violate regulations a second time. Non-Saudis also face deportation and a permanent ban on entering the Kingdom.

Meanwhile, Dr. Abdullah Mufarrih Assiri, assistant deputy minister for preventive health, said that the first dose of the COVID-19 vaccine has been found to reduce the risk of severe disease and death by more than 80 percent in most people. He added that the protection provided by this initial dose lasts for several months. The Ministry of Health reiterated that the vaccines being used in the Kingdom are safe and effective.

Saudi authorities on Wednesday reported 15 additional deaths related to COVID-19, taking the overall toll in the Kingdom to 7,621.

In addition, the ministry said an additional 932 patients have recovered from the disease, bringing the total number of recoveries in the Kingdom to 451,187. Saudi Arabia has conducted 20,617,677 tests for the disease, including 90,874 in the previous 24 hours.

Testing hubs and treatment centers set up throughout the country have helped hundreds of thousands of people since the pandemic began. Taakad (make sure) centers provide COVID-19 testing for those with no or mild symptoms, or who think they might have had contact with an infected individual. Tetamman (rest assured) clinics offer treatment and advice to patients with more severe symptoms such as fever, loss of taste and smell, and breathing difficulties. Appointments for both services can be made via the ministry’s Sehhaty app.