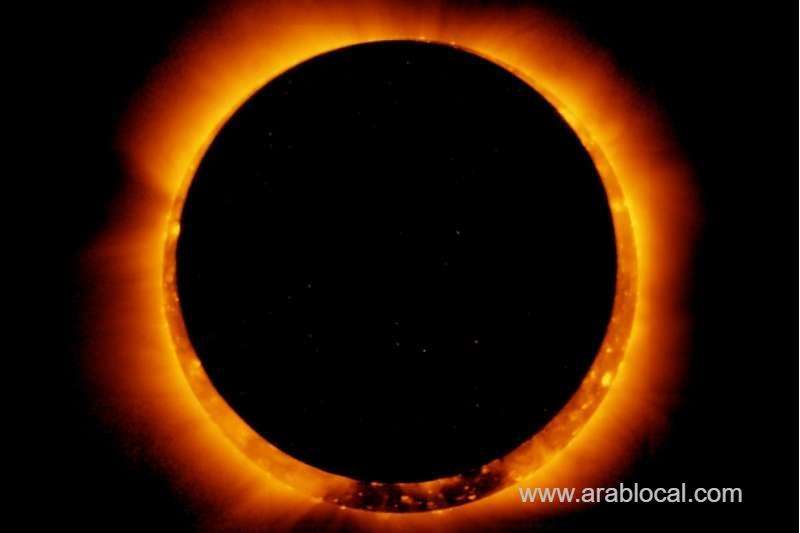 Saudi Arabia to witness annular solar eclipse as "Ring of Fire" on 26th December 2019, It would start from sunrise 6:35 AM and ends at 7:46 AM in Riyadh, The duration of the eclipse will be 1 Hour 10 minutes while the duration of Ring of Fire will last for 2 minutes 50 seconds.
In this solar eclipse, The moon passes in front of the sun, It will appear as 'Ring of Fire' as only the edges of the sun will stand out around the moon. In 172 years it will be visible on 26th December 2019.

- Most of the Muslims offers 2 rakahs Salat-al-Kusuf prayer in congregation during solar eclipse in Saudi Arabia's most of the mosques.