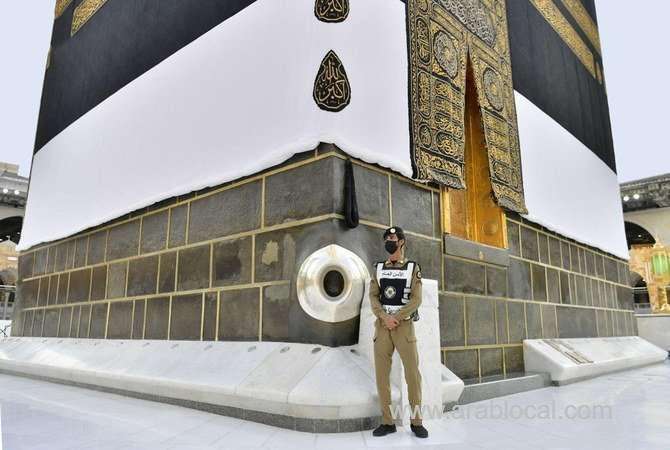 The Saudi Ministry of Hajj and Umrah has stopped issuing prayer permits in the Grand Mosque, starting Friday, in preparation for Hajj to receive pilgrims.

The yearly pilgrimage to Makkah  is considered the world's largest human gathering, with almost 2.5 million pilgrims in 2019.

Because of the COVID-19 pandemic, this year’s Hajj is restricted to 60,000 pilgrims, all coming from within the Kingdom.

Last year, only 1,000 pilgrims were allowed as the world reeled in uncertainty as the pandemic first struck.

The Ministry of Health has stressed the importance of adhering to precautionary measures in family gatherings during the Eid Al-Adha holiday, such as wearing a mask, avoiding shaking hands and keeping a safe distance to limit the spread of the disease and to preserve the health and safety of all members of society.

On Thursday, the Health Ministry announced that more than 21 million doses of the COVID-19 vaccine have been administered in Saudi Arabia through more than 580 vaccination sites across the Kingdom.

Even then, new infections have continued worldwide as variants of the disease have emerged.

Al-Shuwairekh called on all citizens and residents to abide by instructions for this year’s pilgrimage, adding that security personnel will bring legal action against anyone who tries to reach the Grand Mosque in Makkah, the central surrounding area and the holy sites (Mina, Muzdalifah, Arafat) without a permit up to July 23.

The Ministry of Hajj and Umrah said that on July 17 and 18 pilgrims will be received at four centers, from where they will be transported to the Grand Mosque by buses to perform the arrival tawaf, before heading to the holy sites.