Hospital Attack Victim Is On Way To Recovery
Category: MEDICAL 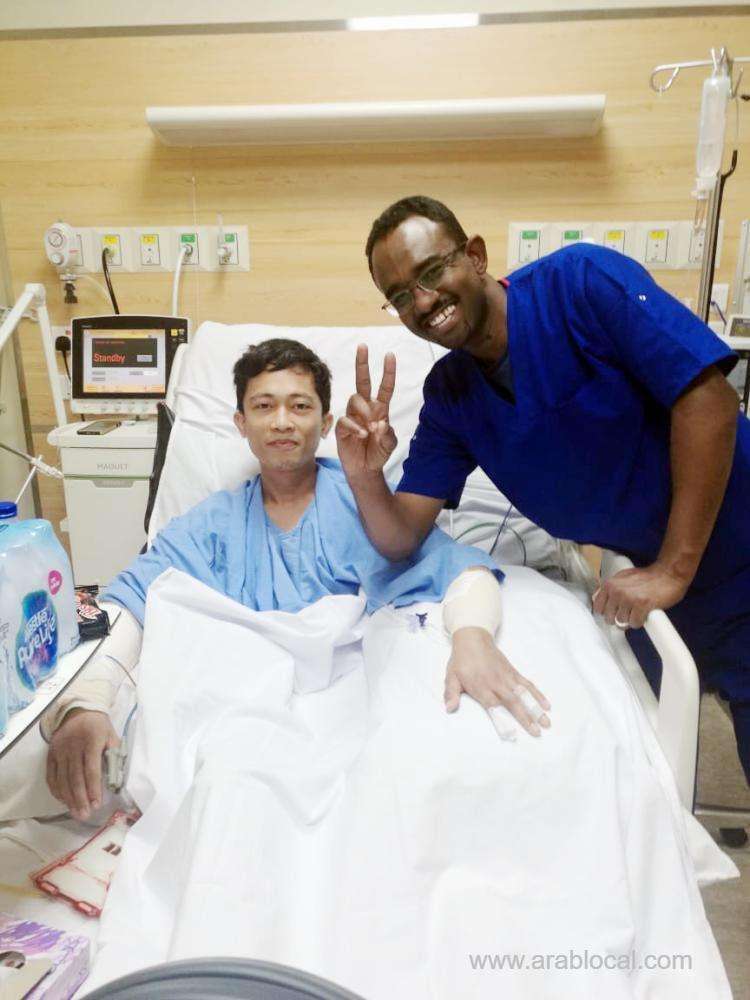 The doctor that saved the Filipino nurse, who was cut up grievously by a mentally disturbed person three days back, said the nurse was on the way to recovery. “Nurse Relandino, hurt in the hospital attack, is under care of the hospital, which is doing everything it can to ensure the smooth recovery of the Relandino,” the doctor added.

The head of the emergency ward at the hospital Dr. Adali Saeed said the incident took place on Thursday.

“I was in the nurses’ office right where the attack happened. All I remember is that I heard a loud noise and lunged at the attacker to push him away from Relandino. The attacker managed to run away but our security guards chased him down and arrested him,” said Saeed.

He added that he never realized that his colleague was seriously injured.

“I thought the attacker might have stabbed him with a pencil or a nail. But the cut was deep, and needed immediate attention, which was given to him by the hospital,” he said.

“Relandino has been working with us for three years. He was always efficient in his job. The incident really shattered his spirit but the support he has been receiving from the hospital staff and the community really helped his recovery,” added Saeed.

He added that social media has been portraying him as a hero but he finds what he did as completely normal and as a sacrifice that anyone would take.

“Health practitioners should feel safe while doing their job. Saving Relandino was not even something I gave a second thought to. I just lunged at the attacker to push him away. All I cared about was my colleague’s safety,” said Saeed.

Madinah Health Affairs Head Abdulhameed Al-Subhi said he personally visited Relandino with the governor and the municipality head to ensure that he recovering well and to let him know that the authorities are on his side and are concerned about his health.

“The family of the attacker said that he suffers from a mental illness. However, that does not excuse his actions. He should be admitted to a mental institute and must not be released until he goes through comprehensive rehabilitation,” said Al-Subhi.

He also said that the ministry is launching an awareness campaign to educate people on the responsibilities they have towards health practitioners and the sacrifice they go through to serve them.