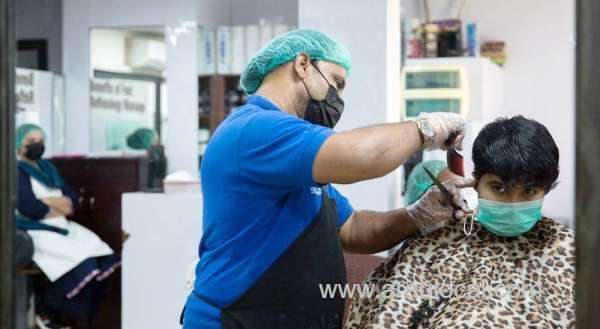 Four of the agency’s six regions reported a rise in numbers, with Africa and the Western Pacific excluded.

“This is disappointing, but not surprising,” said WHO chief Tedros Adhanom Ghebreyesus, speaking during his biweekly press briefing from Geneva.

“Some of it appears to be due to relaxing of public health measures, continued circulation of variants, and people letting down their guard.”

The jump in cases comes as the rollout of COVID-19 vaccines continues.

“Vaccines will help to save lives, but if countries rely solely on vaccines, they’re making a mistake,” Tedros warned, underscoring the importance of basic public health measures such as testing, contact tracing, wearing masks and avoiding crowds.

Through the COVAX Facility, WHO and our partners are working to ensure every country can begin vaccination within the first 100 days of the year.

COVAX will deliver 11 million doses to countries this week. By the end of May, some 240 million doses will be allocated to 142 participating countries.

Dr. Soumya Swaminathan, WHO’s chief scientist, pointed to “encouraging” signs as the world continues to gear up for what is the largest vaccine deployment in history.

“We’ve seen early data from countries where vaccination campaigns started months ago, the impact that this is having on reducing hospitalizations, reducing deaths, particularly in the older age groups, amongst the vulnerable. We’ve even seen very encouraging data in reduction in infections among health care workers who have received the vaccine”, she said.

“So, these are still early days, but the signs are encouraging; the safety profile is encouraging. About 250 million doses have been given worldwide, and so far, there have been no major safety signals, so that is reassuring as well.”

WHO explained that some countries have received COVAX vaccines early due to several factors such as the level of government preparedness, but logistical challenges in distributing vaccines, which include labeling, packaging and shipping, can also affect deployment.

Dr. Michael Ryan, WHO executive director, spoke about the difficulty in reaching conflict areas such as the Tigray region in Ethiopia, where government and regional forces have been fighting since November.

He said the situation is of grave concern, as water, sanitation, essential health services and COVID-19 intervention have been disrupted. Many people are living in displacement camps, increasing risk of diarrheal disease, malaria and other illness.

WHO has worked to provide essential supplies to cover 450,000 people, or roughly 10 percent of the population, for three months, Dr. Ryan told journalists.

“Our primary aim as an organization, wherever we work, is to ensure that all people have access to the basic, essential human right of access to basic health care,” he said.