A New Kiswa Is Installed At The Kaaba
Category: Saudi Arabia 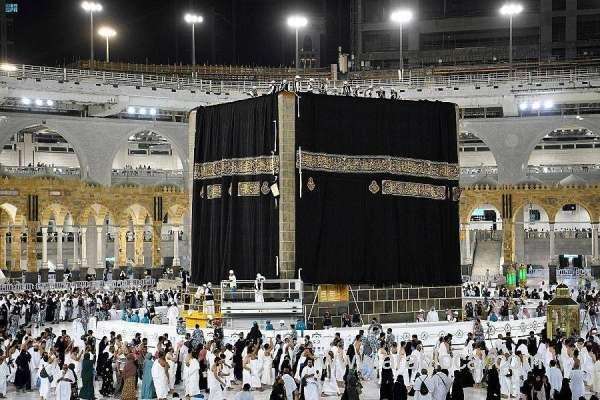 Earlier Saturday, the General Presidency for the Affairs of the Grand Mosque and the Prophet's Mosque adorned the holy Kaaba with a new cover (Kiswa).

A team from the King Abdulaziz Complex replaced the Kaaba's Kiswa, dismantling the old Kiswa and installing the new one.

The new Kiswa consists of four separate sides and a door curtain. As each of the four sides of the holy Kaaba was raised separately to the top of the Kaaba, each side was tied down and the other end was dropped, after the ropes of the old side were loosened. After the new side was moved up and down in a permanent way, the old side fell from below and the new side remained, and the process was repeated four times for each side until the dress was complete, then the belt was stitched along the four sides.

There are 16 pieces in the Kiswa belt of the holy Kaaba, along with six pieces and 12 lamps at the bottom.

There are about 200 professionals and administrators at the King Abdulaziz Complex for Holy Kaaba Kiswa, all of whom are trained, qualified, and specialized.